Apart from Goya’s stunning collection at Prado museum, another must-see is the Goya dome at San Antonio de Florida near Templo Debod.

The majority of Goya’s iconic pieces are housed in the Prado, and if you only have the chance to visit one Goya related place while in Madrid, make it the Prado museum. 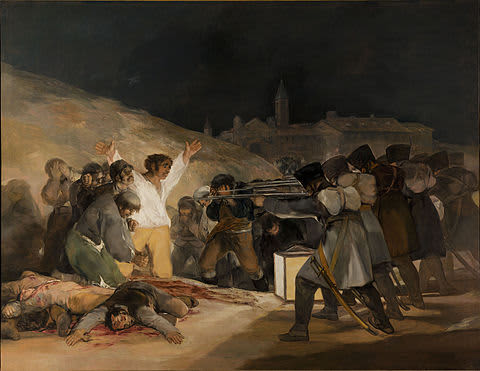 Source: Wikimedia
The Third of May depicts the battle at Medina where Spanish troops fought Napolean troops

“The Third of May”, as well as his haunting ‘Black Paintings’ from the end of his career are the highlights of more than 140 of his works at Prado.

Make sure to pre-book your tickets at Prado. If you don’t mind waiting in line, the museum is free to enter after 6pm and stays open until 8pm.

After moving to Madrid, Goya landed a job designing tapestry patterns at this factory, and the finished wall hangings went on to adorn palaces of Spanish royalty.

The building has a history stretching back more than 300 years, and tours of the factory (which cost five euros and need to be booked in advance) include information on how Goya’s work there helped boost his early career. 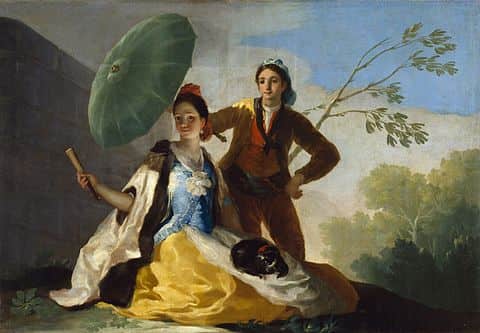 Source: Wikimedia
During the five years he worked for the Royal Tapestry Factory, Goya designed nearly 60 prints, many of which can be seen at the Prado.

Located in La Latina, central Madrid, this church was built during the late-18th century and its interior is decorated with several of Goya’s works, as well as an early altarpiece by the artist which helped secure him a place at the prestigious Royal Academy of Fine Arts of San Fernando. 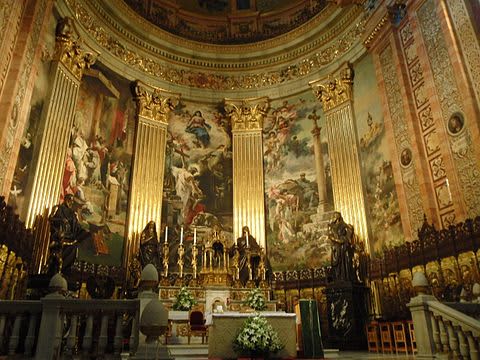 Source: Wikimedia
The church building itself is extremely impressive and features a spectacular 33-meter wide dome which is nearly 60 meters in height.

Goya worked on the dome at this small chapel for six months during 1798. His frescoes depict miracles by Saint Anthony of Padua and have been expertly restored. 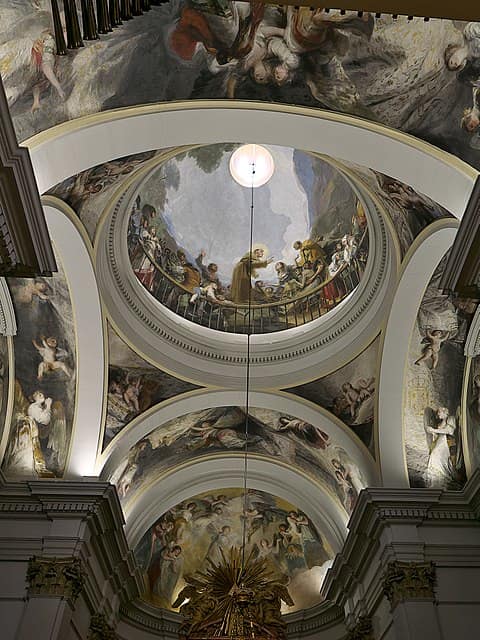 Source: Wikimedia
This church is slightly off the beaten track for tourists, but the entrance is free, and mirrors have been set up inside to give a better perspective of the murals in the dome making a visit well worth the trip.

Goya was buried in France after his death in 1828, but his remains were moved here in 1919 at the behest of the Spanish government.

Since 1780, Goya was a member of the San Fernando art academy. Now, many of his works have been generously donated. 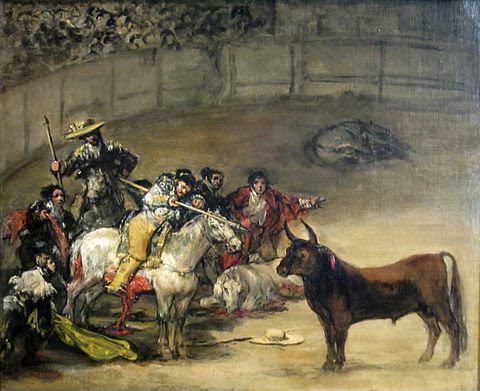 Source: Wikimedia
The most honorable works to be seen here are pieces that do not belong to a collection. Vibrant, whimsical and descriptive pieces such as “Bullfight in a country town” are not to be missed.
+ 0 votes -

There are 4 masterpieces by Goya in the Madrid Royal Palace in Madrid. The paintings are of the Royal family of King Charles IV.

If you happen to be in Salamanca, visit this museum (it is a private collection) to see some of the darkest Goyas works commissioned by the Duke and Duchess of Osuna.

If you visit El Escorial monastery about an hour away from Madrid, you can take a diversion and also visit El Prado to see the stunning Goya tapestries. El Pardo used to be Franco's residence and is located about 30 minutes from Madrid.