Girona in Game of Thrones

The world-famous television show Game of Thrones filmed several scenes from season 6 in the town of Girona. If you want to see these awesome spots for yourself, here is a rundown of the locations that were used in the filming. Beware of spoilers! If you haven't seen season 6 yet, you may want to stop here!

Braavos comes to Life in the Heart of Girona

Arya Stark spends time as a beggar in Braavos during season 6. The Braavos street scenes are filmed just behind the cathedral on Calle del Bisbe Cartaña, near the Jardins de la Francesa. 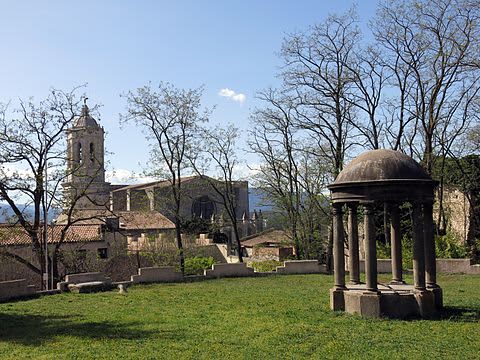 In episode 5, an outdoor market appears in Braavos. This was filmed in Girona's Plaça dels Jurats, a plaza that is also used for theater and concerts in real life.

Girona's cathedral makes an appearance in episode 6, when Queen Margaery is scheduled to do her walk of atonement. The scene takes place on the stairs in front of the cathedral, with the church in the background. 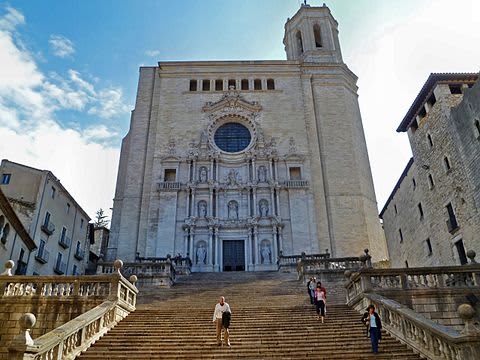 Source: Wikimedia
In episode 8, Girona's Arab Baths make an appearance, as Arya fights the Waif and flees through the bath featuring its medieval-looking columns. The baths were built in the 12th century and were used as bathing pools, as well as later as a kitchen and pantry for the Capuchin convent. 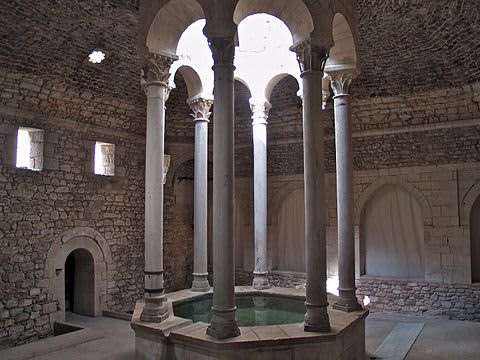 The Sant Marti and Sant Domenec steps are famous landmarks in Girona. They are featured in Game of Thrones in episode 8 when Arya continues to flee and stumbles down the stairs over a basket of oranges. 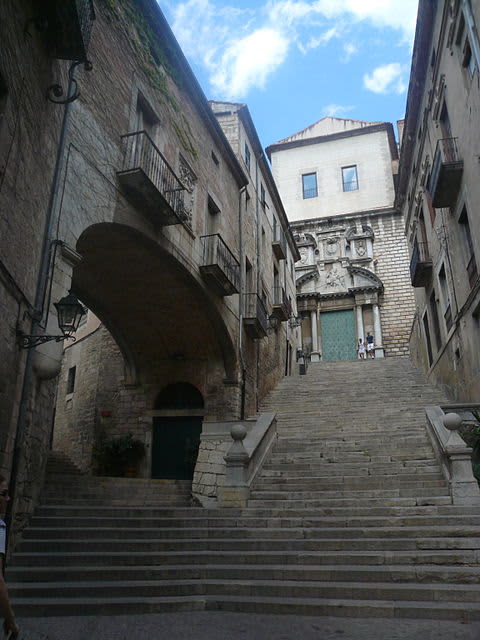 Season Finale of Game of Thrones

Girona appears twice in the explosive season finale: the Great Sept, which is blown up by Cersei in King's Landing, is the Girona cathedral. But there's more! When Sam and Gilly enter the citadel in Oldtown and marvel at the impressive library, who knew this was also in Girona?

This place is the Benedictine monastery Sant Pere de Galligants, an 11th-century Romanesque building. The monastery has an impressive archeological museum and is definitely worth visiting. 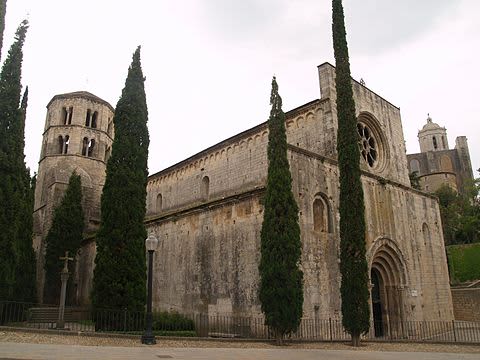 If you are looking to take a Game of Thrones tour is Girona, the following locations should definitely be on your list: the Cathedral on Calle del Bisbe Cartaña, Plaça dels Jurats, Girona’s Arab Baths, the Sant Marti and Sant Domenec steps, as well as the Benedictine monastery Sant Pere de Galligant.

Map of Attractions featured in Game of Thrones