The Vatican Museums hold some of the world's most prestigious art works, including masterpieces by Renaissance artists such as Michelangelo, Bramante and Raphael, and Bernini. The Museums are enormous and impressive, and the works on display are only a portion of the works that the Catholic church has in its possession. Source: Wikimedia
As the Vatican museums are almost always crowded, so you could consider taking a tour in the early morning before the doors open to the general public.

The Sistine Chapel is the pinnacle of the Vatican Museums, and holds the stunning paintings on the ceiling done by Michelangelo. This room is held in reverence and you are not allowed to talk once you are here, so you can look up in awe and silence at the masterpieces above. Entry to the Sistine Chapel is included in your pass to the Vatican Museum, and it should be noted that you are not allowed to take photos of this space. If you want some relatively alone time at the chapel, you should book the early morning tour and head first to the Sistine Chapel as soon as you enter. Saint Peter's square is the enormous and beautiful plaza that sits in front of Saint Peter's Basilica. This square can hold up to 400,000 people, and it has many points of interest to explore, such as the Egyptian obelisk, the sculpted fountains, and the Bernini Colonnade. It is free to come here, but on Wednesdays and Sundays the Pope addresses the crowds and you will need to get free tickets to enter the area.

Saint Peter's Basilica is the largest Catholic church in the world, and it is the centre of the Catholic faith. Of particular interest inside the cathedral is the enormous dome that you climb for panoramic views of the area, Michelangelo's La Pieta statue, and Bernini's enormous bronze baldacchino. 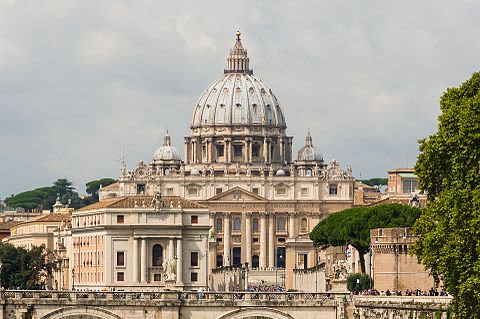 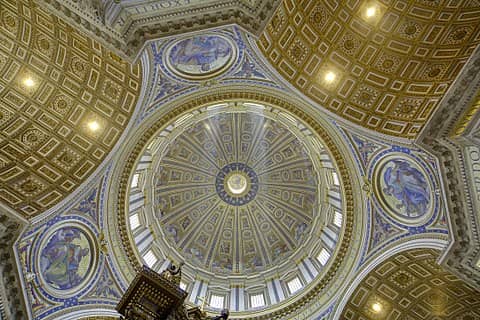 Source: Wikimedia
Saint Peter's Basilica is topped by an enormous dome, and it is possible to climb this during your visit. At the first stop on the stairs you can admire the dome up close and look down at the church from up high before continuing up to the top of the stairs. You can either take the elevator up to the first stop and then keep climbing, or pay €2 less and walk up the 551 steps to the top. 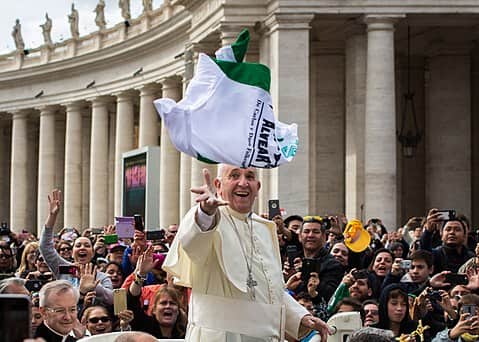 Source: Wikimedia
The Vatican is where the Pope normally resides, and if you are visiting on Wednesday or Sunday you can join the crowd in Saint Peter's Square as the Pope addresses the thousands of people below. On Wednesday the Pope gives a general audience, and on Sunday he recites the Angelus and blesses the crowd.

Catholic masses are held every day at different times inside Saint Peter's Basilica. These are not attended by the Pope, but you can still experience a mass in one of the holiest places on earth.

Check the timetables for each of these masses before you go as the times are different on the weekends and you will need to arrive well in advance if you want to get a seat. Source: Wikimedia
Castel St Angelo was originally built as a tomb for Emperor Hadrian in the second century. Since then this magnificent cylindrical building has been used as a fortress and then as the Papal residence in the 14th century. There is a café on the top floor that has wonderful views of the surrounding area, and if you get there early enough at lunch time you can have lunch with a view of Saint Peter's Basilica.

If you are going to Castel Sant'Angelo, make sure you take the time to wander across the Ponte Sant Angelo. This is a bridge that crosses the Tiber River, and was originally built as a grand entrance to emperor Hadrian's mausoleum. From here you can see the river, Saint Peter's Basilica, and see the ten angel statues along the bridge that each hold a symbol of Jesus' crucifixion.

Source: Wikimedia
This is considered one of the most beautiful churches in Rome, and it is also known for being the oldest church in Rome. The interior of the church holds many magnificent statues, mosaics and frescoes, and the church itself is the official seat of the Pope (not in Saint Peter's Basilica like people might think).

11. Stand in two countries at once

12. The Bernini Fountain and the Maderno Fountain 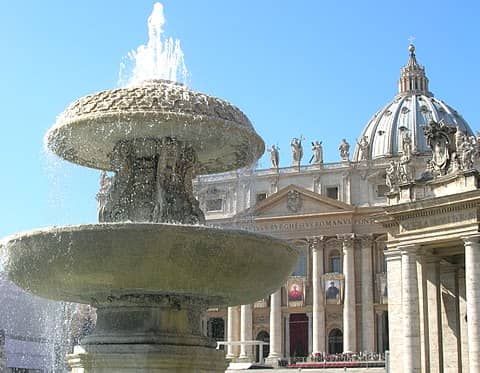 Source: Wikimedia
Within Saint Peter's Square, there are many points of interest, and some of the things worth visiting are the magnificent fountains. The Bernini Fountain is considered one of the most beautiful fountains in Rome, and the Maderno fountain was designed in a way that only uses gravity to move the water around instead of pumps.

13. The Obelisk in Saint Mark's Square

In the middle of Saint Peter's Square you can find a piece of ancient Egypt. Right in the middle you will see an enormous Egyptian obelisk that dominates the square. Gaius Caligula had the monument brought to Rome in 37 A.D., and it provides a stark contrast to all of the surrounding Renaissance art and architecture, even though not a lot is known about its origins.

Five levels beneath the Vatican lies a city of the dead that dates back thousands of years. The necropolis is a complex of burial sites that have both early pagan burials as well as Catholic tombs (including the remains of Saint Peter himself). 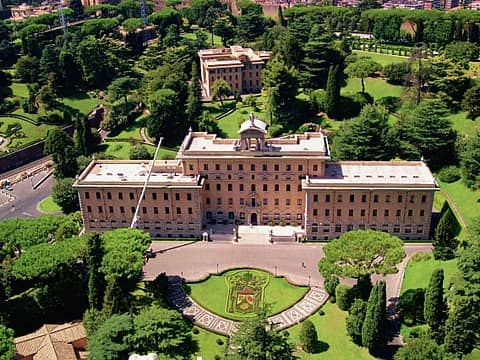 Source: Wikimedia
If you want to escape the crowds of the Vatican, you should consider booking a tour of the stunning Vatican Gardens. These are only accessible by private tour, so you can enjoy the peace and quiet of the impeccably maintained gardens.
+ 0 votes -