While this is still very close to the main tourist areas, the streets that surround Piazza del Duomo hold a lot of medieval history. Wander through the maze of back streets and admire the many houses and streets that still have one foot in this period of time. If you follow Via dei Calzaiuoli it will take you through from Il Duomo to Palazzo Vecchio. 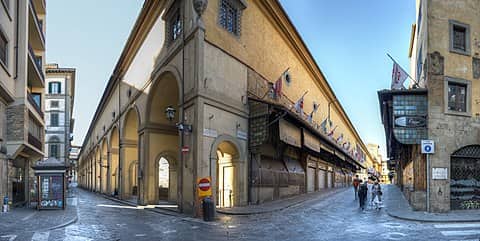 Go an take another step back in history by visiting the Officina Profumo-Farmaceutica di Santa Maria Novella. This is one of the world's oldest pharmacies and was established by friars in 1221. Go and see this little, hidden gem where they still make products according to the ancient recipes. 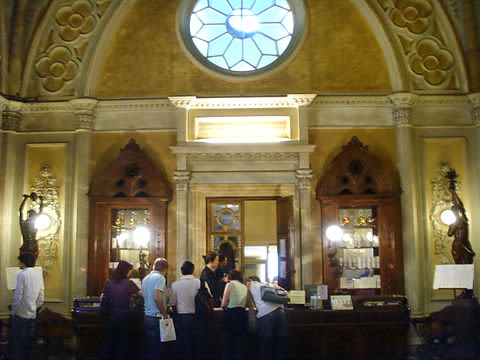 Go and find where the Syrian-Greek merchants brought Christianity to the city in 2nd century A.D. at the Santa Felicita church, followed by a view of the city at Piazzale Michelangelo. This public square is often frequented by tourists, but if you continue to walk up the short (but steep!) climb, you will reach San Miniato al Monte, a basilica that has been perched above the city since 1013. Listen to a Gregorian Mass and watch the sunset over the city from a different perspective. 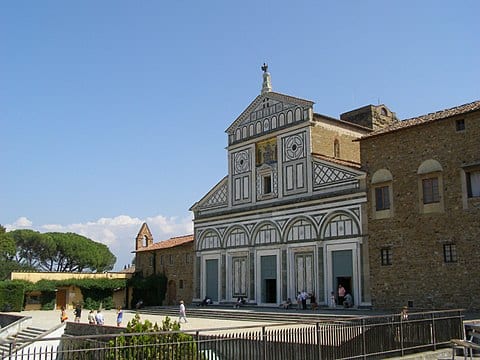 A short way out of the city you will find the country town of Fiesole. Find the walk up to Monteciceri hill, and you should find a plaque dedicated to the time in 1506 that Leonardo strapped a pair of wings onto an unwitting volunteer and got him to jump off. Visiting Fiesole also offers some spectacular views over the city of Florence. 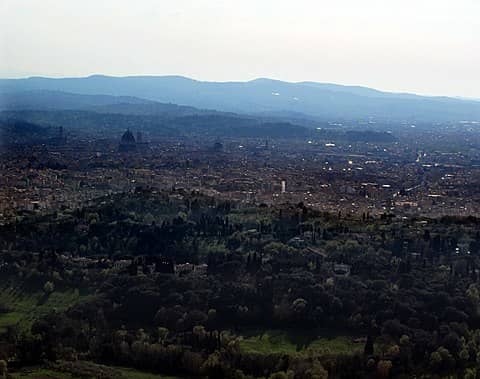 Galileo's middle finger has had an arduous journey since it was cut off his corpse 95 years after his death, and it has ended up in a case in the Florence History of Science Museum. In his life, the astronomer and scientists were persecuted by the church, but in his death, his admirers snapped off his finger and preserved it as a sort of relic. Go and see this somewhat grisly part of history and check out the ancient scientific technology while you are there. 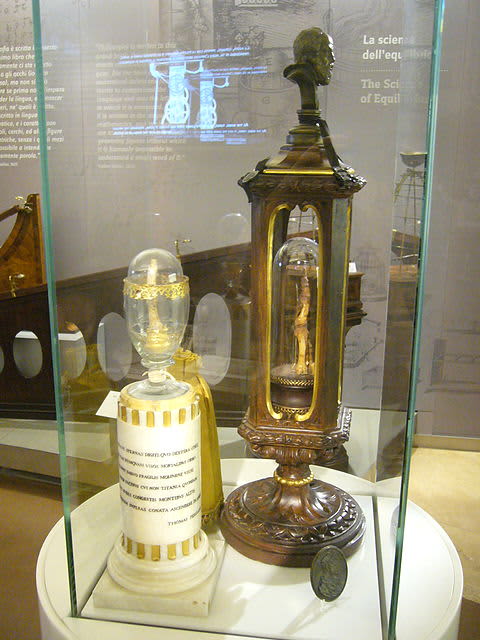 La Specola collection is the biggest wax anatomical collection in the world and is located in the Museum of Natural history. In the collection are many models, taxidermies and extinct species. Of particular interest are the grotesque Venuses - wax models of beautiful young women with the rib cages and abdomens cut open 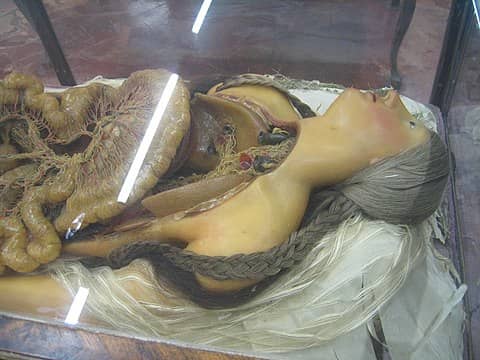 This outdoor piece of art is located in the Boboli gardens in Oltarno, and inspires the imagination. This grotto is a set of cave-like rooms that have magnificently detailed statues sculpted into the rock. Make sure you take a walk around the surrounding gardens while you are there. 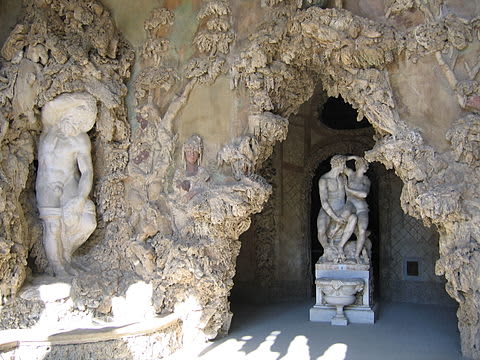 8. Wander around the craft shops in Oltrarno

If you cross the bridge from the historic city centre you will find the quieter neighbourhood of Oltrarno. Here you can find many artisanal workshops and boutiques where craftsmen will be selling their handmade shoes, gold products, leather goods and ceramics. Go and see how these goods are made and don't forget to get a picture of the Fountain of Bacchus - a statue that depicts the god as naked, fat, and riding on the back of a giant turtle. 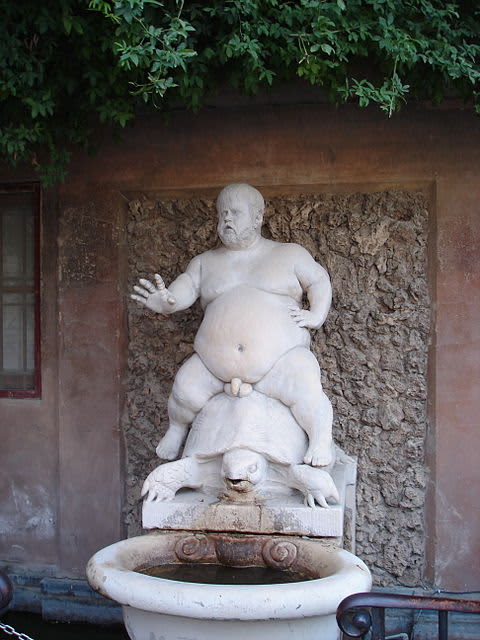 9. Go and rub the nose of Il Porcellino

Il Porcellino is a famous statue in Florence that has a long backstory. The statue dates back to inspiration from the Hellenistic period and is likely to represent the mythical Calydonian Boar. Rub the bronze nose of the statue and put a coin in its mouth for good luck! 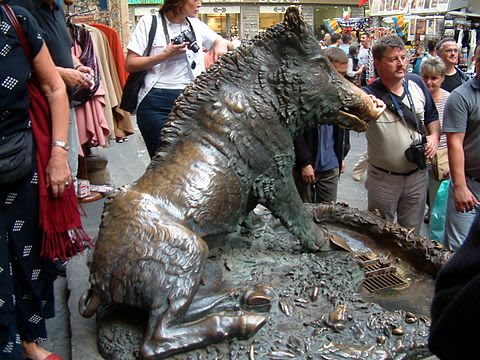 If you are visiting Il Duomo, on the left side of the cathedral, facing towards via Ricasoli, you will find a gargoyle in the shape of a bull. This bovine sculpture is a little out of place and has a strange theory behind its placing. The story goes that the wife of a storekeeper had an affair with one of the stone masons, and when the husband ended the love affair, the stone mason placed the bull with the horns facing towards the shop to indicate who the man's wife really loved.

11. Find your Eden in Giardino Bardini

Giardino Bardini is a much quieter alternative to the more famous Boboli gardens. These gardens are a bit further off the beaten track, and also give views of the city that are similar to the Piazzale Michelangelo. During the warmer months from April to October, this is a great place to come and relax and re-centre yourself. 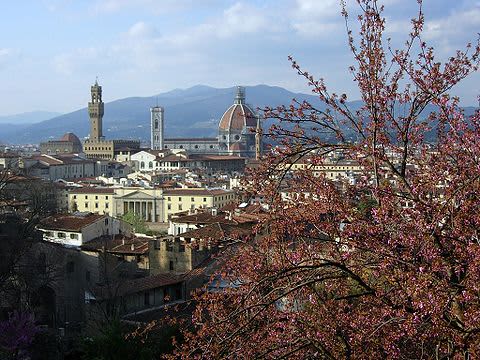 12. Pay homage at the mecca of high fashion

Make sure to pay homage at the mecca of high fashion, the erstwhile Gucci Museum, which is now turned into Gucci Garden. This store is is Piazza della Signoria in the centre of town, where you can browse and buy the latest designs. The Gucci brand was born in Florence less than 30 years ago. Guccio Gucci’s story is also on display.

13. Try Gelato at Its Birthplace

Known as the birthplace of gelato, Florence is famous for its family-run businesses where the products are carefully created after old family recipes. Many locals swear that La Carraia offers the best gelato in the world but you must also try at Perche' No, known for rotating seasonal specialities such as Tuscan-grown rose and lavender, as well as gourmet selections like salted caramel.

14. Learn All About Leather in Leather School

After the World War II, life was not easy in Italy with high rates of unemployment and poverty. The monastery, together with the families that were engaged in leather trade started a school in order to teach their children all about leather. Today, you can visit the Leather School in Santa Croce and learn the step-by-step process, from leather sourcing to hand-sewing and proper dyeing procedure. It is definitely an interesting experience that will get you closer to the spirit of the area!

The most offbeat thing I can come up with are the social evenings at the association “Il Melograno” (The Pomegranate) in Via Aretina, a bit out of the city center. Every Wednesday evening, the Association offers a vegetarian dinner, that will cost only 3 euros. There you can rest and talk close to a bonfire, listen to live music and play yourself one of the instruments made available for anyone: guitars, piano, flutes, djembe and other kinds of drums.

The guys who run the place inherited it as a relic and it turned out to be a real treasure. It is not run for profit, but all the proceeds go in sustain of the Association Il Melograno.